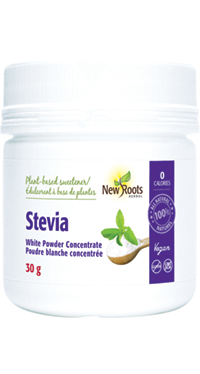 A pure extract form of stevia that is 300 times sweeter than sugar. Stevia is safe for diabetics. Used as a sugar replacement, stevia reduces high blood sugar levels, does not promote tooth decay, and has no calories. It is also ideal for baking and cooking.

The white powder extract of Stevia rebaudiana is very sweet. Use a very small quantity to your individual taste.

Keep out of reach of children.