Inositol is a nutrient related to the family of B vitamins, and has been extensively studies for its role in conditions related to fertility, such as polycystic ovary syndrome, and diabetes. Inositol is a “second messenger”: a critical component of intracellular signaling cascades.[1] This means that it participates in the sequence of events that occurs within the cell after a hormone binds to its receptor on the surface of the cell. This sequence of events then transmits the signal into the cell through a series of reactions, of which inositol is part. For this reason, we say that inositol augments hormonal signaling, or communication, throughout the body.

Insulin resistance is a critical factor in the cause of polycystic ovary syndrome (PCOS). This syndrome affects up to 10% of women, and involves impaired ovulation or lack thereof, elevated male-like hormones including testosterone or DHEA, and polycystic ovaries seen on ultrasound. Insulin resistance leads to elevated insulin levels, and this in turn impairs ovulation. Studies have shown that patients with PCOS have decreased levels of inositol, particularly in the theca cells of the ovary, and altered inositol metabolism.[3][4][5] When myo‑inositol is supplemented in these patients, ovulation normalizes; sex hormones including estrogen, progesterone and testosterone improve; and insulin resistance improves.[3] Other metabolic benefits associated with myo‑inositol supplementation include reduction of elevated blood pressure and cholesterol.[3] A number of studies show restoration of normal ovulatory function in up to 65% of treated patients.[3]

Studies show that inositol may be equally as effective as metformin, an insulin-sensitizing medication often prescribed for PCOS, in regulating ovulation.[6] One study found that inositol supplementation restored normal ovulation in 65% of women, compared to 50% of women in the metformin group.[6] One study found that compared to metformin, inositol was superior in reducing elevated testosterone levels and measures of inflammation (C‑reactive protein).[7] Another study found that when metformin and myo‑inositol were compared, both resulted in comparable results as far as the percent of patients with restored ovulation, improvements in insulin sensitivity, and a reduction in body mass index (BMI), a measure of obesity.[8]

Inositol has also been investigated for its effects among patients undergoing fertility treatment. In patients with PCOS undergoing ovulation induction and intrauterine insemination (IUI), supplementation with myo‑inositol resulted in higher rates of pregnancy and lowered the doses of medication required.[9] In patients undergoing IVF, inositol supplementation for three months beforehand has been shown to improve sperm and egg quality, improving follicle development, and reducing the amount of hormonal medication required.[10] Inositol also reduced the number of degenerated and immature eggs.[10] In another study among women classified as “poor responders” to IVF, the addition of myo‑inositol supplementation resulted in a greater number of oocytes (eggs) retrieved and an improvement in egg quality.[11] This may be due to inositol’s role in augmenting FSH signaling. Indeed, researchers concluded that myo‑inositol seemed to improve the ovarian response to gonadotropins (hormones FSH and LH) as well as the Ovarian Sensitivity Index (OSI), and thus may be helpful for women not responding well to fertility drugs.[11] 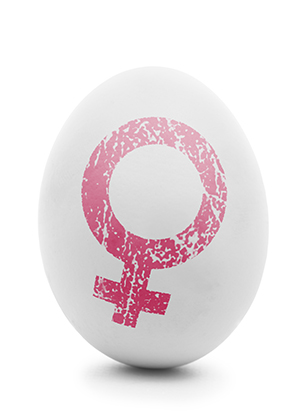 Patients with PCOS are at higher risk of developing gestational diabetes (GDM) upon achieving pregnancy. Several studies suggest that supplementation with myo‑inositol may reduce this risk. In one study of 220 women with a family history of type 2 diabetes, supplementation with 4 g myo‑inositol beginning at the end of the first trimester resulted in a significant decrease in the rate of GDM (6% v. 15% in the placebo group) and a decrease in macrosomia, giving birth to a large baby over 8.8 lb.[12] Another study showed that among obese pregnant women, supplementation with myo‑inositol beginning in the first trimester reduced the development of GDM to 14% of women, compared to 34% of women in the control group.[13] Another study in 75 pregnant women who were not obese but had an elevated fasting glucose in their first trimesters found that myo‑inositol supplementation resulted in a lower incidence of GDM diagnosed in the second trimester, as well as having generally smaller babies and delivering at a later gestational age (less premature delivery).[14] A fourth study in 69 pregnant women with GDM found that supplementation with myo‑inositol resulted in improved insulin sensitivity in 50% of treated women, compared to 29% of women treated with diet alone.[15] A fifth study showed no effect in preventing GDM.[16]

Finally, several studies suggest that inositol may help normalize thyroid function. A 2013 study of patients with Hashimoto’s thyroiditis, a chronic autoimmune thyroiditis that ultimately causes low thyroid function, found that supplementation with a combination of selenium and myo‑inositol could improve laboratory measures of subclinical hypothyroidism, including lowering TSH and thyroid antibodies.[2] A more recent study found that among 86 patients with Hashimoto’s and TSH between 3 and 6, treatment with selenium and myo‑inositol for six months resulted in significant increases in free T3 and free T4 thyroid hormones, and a reduction in symptoms associated with subclinical hypothyroidism.[17] Supplementation was also associated with a decrease in TPO and antithyroglobulin antibodies.

In conclusion, we see the evidence for inositol being the second messenger par excellence: Inositol is a critical component of hormone-signaling cascades including insulin, gonadotropins such as FSH, and the thyroid-stimulating hormone (TSH). Inositol has been shown to improve ovulatory function, insulin resistance, and Hashimoto’s thyroiditis.

Well-known in the community as a naturopathic doctor, associate professor, and editor-in-chief of Integrated Healthcare Practitioners.