Everyone knows that exercise is good for us, but sometimes a rapid increase in exercise results in pain and injury. Better sports recovery enables one to extract the maximum benefit from exercise, avoid injury, and enhance performance. Sports recovery thereby applies to anyone engaging in athletic activity, from someone trying to stick with an entry-level walking program to elite-level body builders. Regardless of workout intensity, increased muscle loading and energy expenditure result in certain changes to muscle-cell architecture. Exercise adaptation includes an increased number of mitochondria (the energy-producing unit of the cell), increased myoglobin (cellular oxygen stores), increased protein synthesis (enlarged muscle cells), and increased efficiency in clearing metabolites such as lactic acid. However, beneficial adaptation is also accompanied by damage to muscles (and supporting tissues), and depletion of muscle energy stores (ATP). On a cellular level then, sports recovery means enhancing the repair of muscle damage and repleting energy stores in order to maximize performance in the next bout of training. Several natural health products have been studied in this regard.

Delayed onset muscle soreness (DOMS), typically experienced 24–36 hours after exertion, results from structural damage to the muscle, which may include microtears and even “rupture of the cell membrane and disruption of the contractile elements of individual muscle fibers.”[1] DOMS is also characterized by 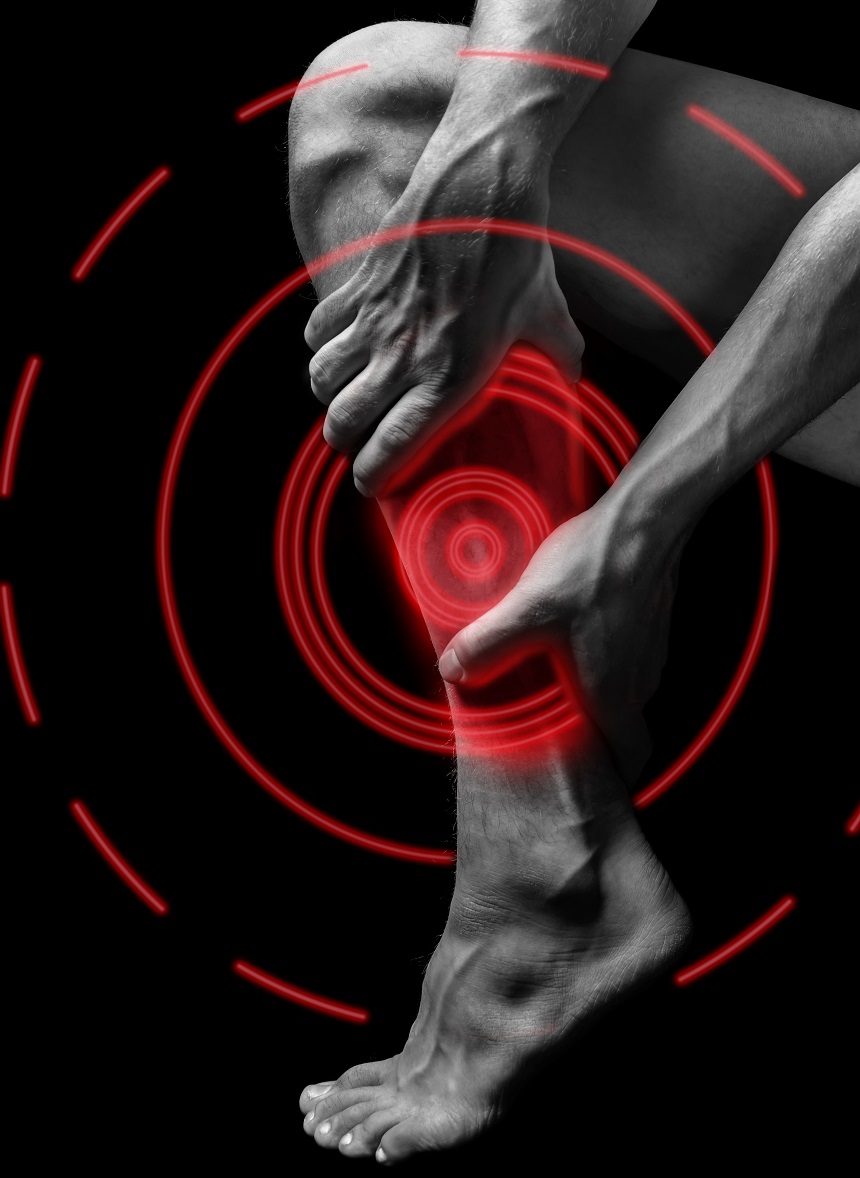 The 2017 position paper of the International Society of Sports Nutrition on protein states that, in general, an “overall daily protein intake in the range of 1.4–2.0 g protein/kg body weight/day (g/kg/d) is sufficient for most exercising individuals.”[3] Generally, this equates to roughly 115 to 160 g protein per day for a 180 lb individual—this may be difficult to obtain from dietary sources alone. The paper also states that “(protein) supplementation is a practical way of ensuring intake of adequate protein quality and quantity, while minimizing caloric intake, particularly for athletes who typically complete high volumes of training.”[3]

A recent study investigated the effect of protein supplementation after performing eccentric exercise (this type of movement is most damaging to muscle cells).[4] Sixty sedentary college-age men were exercised maximally, then given either a protein drink, protein-and-antioxidants drink, or a carbohydrate-based drink. The protein was given immediately after, 6 hours after, and 22 hours after exercise. The study found that supplementing with protein following exercise was associated with significantly better recovery of muscle function as measured by contraction strengths 24 hours after exercise, compared to control. 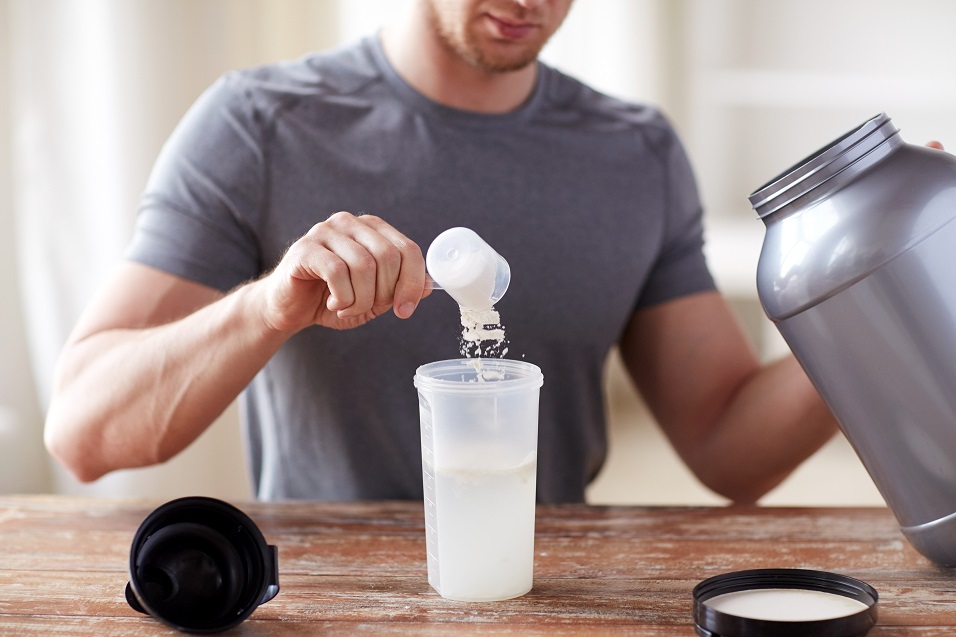 Maximizing the muscles’ ability to produce energy (adenosine triphosphate; ATP) is critical in sports recovery. ATP is the cells’ basic unit of energy, sort of like gasoline to a car. The more molecules of ATP a cell has, the more contraction of muscle fibres is possible. ATP is generated by three basic energy systems: the ATP-phosphocreatine (ATP-PCr) system, the glycolytic system, and the oxidative system (in the mitochondria).[7] Muscle cells generate ATP using each of these systems in nearly every type of exercise.[7] Each energy system has a specific role. The phosphocreatine system is the primary source of ATP during the first 10 seconds of high-intensity exercise such as sprinting.[2] The glycolysis system uses muscle glycogen/glucose stores to produce ATP, but it also produces lactic acid. A more efficient system is the mitochondrial oxidation of fats, which produces more ATP molecules; however, this process is slower and requires delivery of oxygen, which may be limited during exercise. Endurance activities typically rely more heavily on mitochondrial oxidation of fats. After exercise depletes muscle stores of glycogen and ATP, optimal recovery involves regenerating these energy substrates.[2]

Creatine and l‑carnitine are nutritional supplements that improve the function of these energy-production systems.

Creatine is a component of the phosphocreatine energy system and is depleted after exercise. Supplementation with 2–3 g creatine per day has been shown to increase resting muscle phosphocreatine stores, and may also help in the resynthesis of muscle glycogen stores after exercise.[8] In its review paper, the International Society of Sports Nutrition states that “a large body of evidence (shows) that creatine can not only improve exercise performance, but can play a role in preventing and/or reducing the severity of injury, enhancing rehabilitation from injuries, and helping athletes tolerate heavy training loads.”[9]

A recent study examined the effects of creatine supplementation among young soccer players.[10] Soccer players were given roughly 2 g creatine or placebo daily for 14 days, and their physical performance was assessed through a Wingate Anaerobic Test. Results showed that creatine supplementation increased both peak power output (PPO), mean power output (MPO), and total work compared to baseline. This was not seen in the control group.

l‑Carnitine is a rate-limiting component of the fatty acid transport system that shuttles fatty acids into the mitochondria, where they are oxidized to energy in the form of ATP. Many studies indicate that l‑carnitine is effective in improving the function of many kinds of muscles, including the heart.[12] Several studies demonstrate the efficacy of l‑carnitine in sports recovery. One study found that supplementation of 3 or 4 g l‑carnitine immediately prior to exercise prolonged the time to exhaustion in a group of Canadian football players.[13] 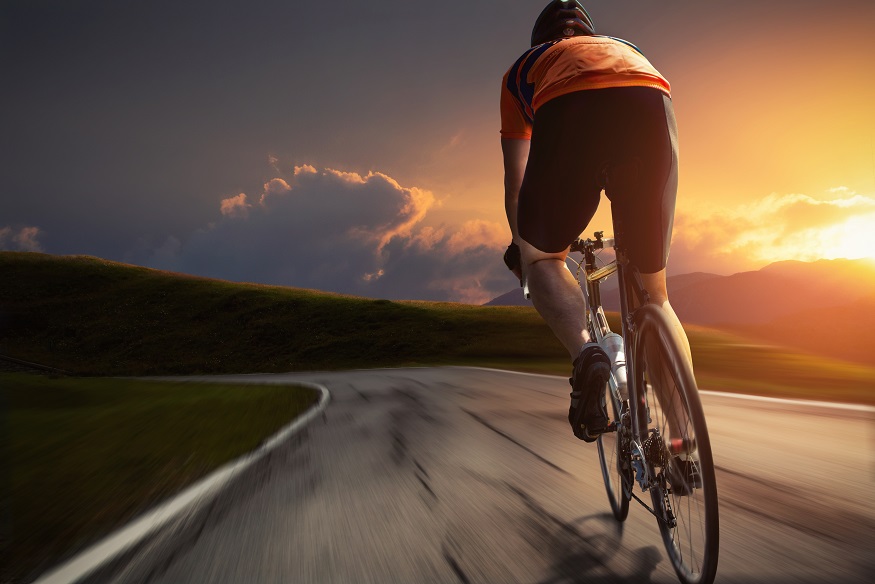 Another study examined 14 healthy males who were given 4 g l‑carnitine plus 80 g carbohydrate supplement or carbohydrate supplement only (control) daily for 24 weeks.[14] Subjects were given exercise tests (cycling) and had muscle biopsies taken. Supplementation with l‑carnitine increased muscle carnitine content by 21%, while this was not seen in the control group. The l‑carnitine group also exhibited better energy metabolism during exercise. Muscle lactate content was 44% lower, and the muscle phosphocreatine/ATP ratio was better maintained in the l‑carnitine group compared to control. This is also consistent with better fat oxidation during exercise. The l‑carnitine group also had an 11% increased work output compared to baseline, while the control group showed no change.

In conclusion, sports recovery is important in helping you minimize injury and maximize performance during exercise training. This includes supporting efficient muscle repair as well as refueling the muscle cells. Nutritional supplements that have been shown to improve recovery include protein supplementation, branched-chain amino acids, creatine, and l‑carnitine.

MCT Energy is a calorie-reduced source of healthy fats easily metabolized to meet both mental and physical energy requirements.