ʟ‑Carnitine is an amino acid–based nutrient well known for its effects in supporting mitochondrial function, specifically metabolism of long-chain fatty acids. ʟ‑Carnitine transports long-chain fatty acids into the mitochondria for breakdown via beta-oxidation, in order to produce adenosine triphosphate (ATP), the energy molecule of the cell.[1] beta‑Oxidation is the most efficient way for the body to produce ATP and is an important source of energy production for tissues, including skeletal muscles as well as the muscles that comprise the heart and blood vessels.

Although carnitine can be obtained in the diet (meat and dairy are the best sources) and some can be synthesized in the kidney, liver, and brain, carnitine is nonetheless considered a “conditionally essential” nutrient for humans under specific circumstances when intracellular levels are low.[1] These instances can be found in premature infants, the elderly, patients with diabetes, and specific genetic conditions resulting in primary or secondary carnitine deficiency.[1] In addition, supplementation with ʟ‑carnitine has been shown to be beneficial in a number of disease conditions including heart disease, peripheral vascular disease, neurological diseases, as well as male and female infertility of various kinds.[2][3][4][5][6] 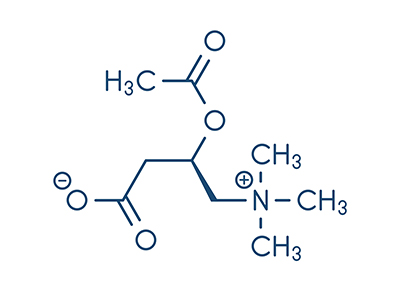 Acetylated carnitine, called acetyl-ʟ‑carnitine or ALC, is a form of ʟ‑carnitine that is more able to cross the blood-brain barrier, and as such is especially helpful in neurological conditions.[1] In the adult brain, the two carbons from the acetyl group can also be used to synthesize fatty acids, which are preferentially incorporated into the structural lipids of the cell, rather than broken down for energy via beta-oxidation.[1] In this way, ALC in the brain provides the carnitine that is needed to transport long-chain fatty acids into the mitochondria to create ATP (energy), but it also provides the acetyl group that is used to build structural fats for the cell.[1] The acetyl-CoA group derived from ALC metabolism is also thought to be a precursor for acetylcholine, an important neurotransmitter or signaling molecule, in the brain. Acetylcholine is involved in attention, learning, and memory, and impaired acetylcholine function has been implicated in neurodegenerative conditions such as Alzheimer’s disease.[1] Studies have shown that ALC may increase brain levels of acetylcholine.[1]

Many clinical trials have reported improvements in heart function associated with supplementation of ʟ‑carnitine.[2] Recently, a randomized clinical trial evaluated the effect of ʟ‑carnitine on children with dilated cardiomyopathy, a condition leading to heart failure because the heart muscle cannot pump effectively.[7] All children were treated with standard heart medications, with half the group also receiving oral ʟ‑carnitine dosed at 50–100 mg/kg/d. After one year, the group receiving ʟ‑carnitine had significantly greater improvements in heart function, including a measure called ejection fraction, compared to the group receiving standard care alone.

Another study in patients undergoing coronary bypass found that supplementation with ʟ‑carnitine had no effect on cardiac remodeling, but was associated with a 37% increase in left ventricle ejection fraction, a measure of the heart’s pumping ability, as well as a 14% reduction in systolic diameters, compared to the placebo group.[8]

A 2015 systematic review evaluated the effect of ALC supplementation on peripheral neuropathy, a condition that results in chronic tingling or painful burning sensations in the extremities.[9] Peripheral neuropathy is typically associated with long-standing diabetes as well as being a side effect of chemotherapy drugs and antiretroviral medications (used to treat HIV). The review included four randomized controlled trials including 523 patients who had various kinds of peripheral neuropathies. Results showed that patients who received ALC had significantly reduced pain as assessed by a visual analog scale, compared to placebo.[5] The effect seemed to be more beneficial in diabetic patients than in nondiabetic type of neuropathies.

ALC shows promise for a number of neurodegenerative conditions. In a randomized trial, supplementation with 3 g/d ALC or placebo, alongside pharmacological therapy with riluzole, was shown to reduce the loss of function due to ALS and to reduce loss of lung function in 42 patients at 48 weeks, compared to placebo. This study also demonstrated markedly improved survival rates associated with ALC supplementation, from 22 months with placebo to 45 months with ALC.

Another set of studies evaluated the effect of a nutraceutical formulation containing folate, vitamin B6, vitamin E, S-adenosyl methionine, N-acetylcysteine, and acetyl-ʟ‑carnitine in patients with early as well as moderate- to late-stage Alzheimer’s disease.[6][10] Both studies showed improvements in cognitive function as assessed by the Neuropsychiatric Inventory (NPI). In early-stage patients, this improvement was similar to that expected from the pharmaceuticals donezepil and galantamine at three to six months.[6] In the moderate- to late-stage patients, “institutional caregivers reported approximately 30% improvement in the Neuropyschiatric Inventory and maintenance of performance in the Alzheimer’s Disease Cooperative Study-Activities of Daily Living for more than 9 months.”[10] Another study of ALC in combination with pharmaceutical therapies showed increased response rates in patients with Alzheimer’s disease.[11]

In patients with multiple sclerosis (MS), a prospective study found that supplementation with 3 g/d ALC resulted in decreased reports of fatigue intensity in 63% of patients, especially among those being treated with immunosuppressant or immunotherapy drugs cyclophosphamide and interferon‑β.[12] Another study showed that ALC was superior to the drug amantadine for treating MS-related fatigue.[13] 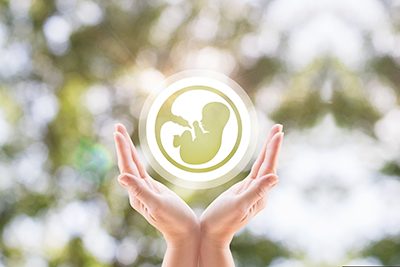 Finally, ʟ‑carnitine has been extensively studied with respect to fertility, particularly male fertility. ʟ‑Carnitine has been shown to improve sperm counts and sperm motility in several studies, as well as to improve live birth rates.[3] In women, supplementation with ʟ‑carnitine for approximately three months before undergoing in vitro fertilization (IVF) significantly increased day‑3 and day‑5 embryo quality, compared to previous IVF cycles for the same women.[4] This is likely due to enhanced mitochondrial function / energy production and antioxidant effects in the egg cell or oocytes.[14]

In conclusion, ʟ‑carnitine is an important nutritional cofactor for mitochondrial function or cellular energy production, with implications for many body systems including muscles, heart, brain, and the reproductive system. In particular, acetyl-ʟ‑carnitine is a carnitine with specificity for the nervous system and has been studied in patients with Alzheimer’s, MS, and ALS, alongside standard pharmacological therapy.