Allergic rhinitis (AR)—known for causing watery eyes, sneezing, runny nose, itchy eyes, and nasal congestion—is becoming more common in developed countries. In Canada, up to 44% of individuals claim to have experienced AR symptoms, while 20% have been diagnosed by their medical doctors.[1] For some, it happens mostly during spring or fall, termed “seasonal allergies,” and for others, it is present all year round, aka “perennial allergies.” Other symptoms of allergic rhinitis include fatigue, poor concentration, and reduced productivity, all of which are more systemic and can significantly affect quality of life.

AR symptoms are due to an inflammatory response of the nasal mucosa as well as mucous membranes of the ears, sinuses, or pharynx. They are triggered by exposure to various environmental allergens. These allergens may be indoor—such as dust mites, pet dander, or mold—or outdoor—such as pollen from grass, weeds, trees, or other outdoor molds.[2] Many turn to over-the-counter (OTC) medications—such as decongestants, antihistamines, or intranasal corticosteroids—to manage their symptoms, with roughly 60% feeling their symptoms are somewhat controlled during the worst months of the year.[1] Naturopathic medicine may provide alternative or complementary treatments to OTC medications to help reduce AR symptoms and improve quality of life. Wouldn’t we all love to stop and smell the roses during the spring?

The inflammation of mucus membranes in AR is the result of an adaptive immune response, more specifically an immunoglobulin E (IgE)–mediated immune response. IgE is an antibody produced by the immune system which binds to the surface of mast cells. When IgE comes into contact with allergenic proteins, aka antigens, mast cells are triggered and release inflammatory mediators such has histamine. This increases the permeability of blood vessels, which allows white blood cells and some proteins to reach the specific area, causing inflammation of local tissue such as mucous membranes of the nose, ears, and eyes. 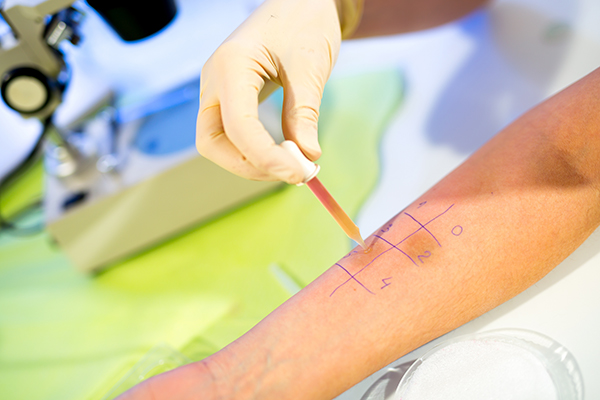 The two most-common methods of identifying allergic antigens are the skin-prick/scratch test and a blood test called fluorescence enzyme immunoassay (FEIA). The skin-prick test measures the immediate IgE reaction to a variety of allergens. The procedure involves inserting an extract of the allergen under the skin surface, usually of the forearm. A positive result is noted by the formation of a hive due to local histamine release of mast cells. On the other hand, the FEIA is a blood test that indirectly measures serum levels of IgE associated with certain antigens. It is not as sensitive or specific as the skin test, but can be useful in determining specific allergens.[2]

Once specific allergens have been identified, the main way to prevent allergic symptoms is avoidance. Regarding outdoor allergens, this means avoiding outdoor exposure during times of the year when specific pollens are highest. For example, tree pollen is usually highest in the spring, grass pollen in early summer, and weed pollen in late August into September.[2]

Also, making sure windows and doors are closed, using the recirculating mode of air conditioners, and taking a shower after being outside can help remove excess pollen form your skin and hair. These are the best ways to help prevent allergic symptoms from outdoor allergens.

For indoor allergens, washing linens at least twice a month in hot water, and using hypoallergenic mattress and pillow covers can help reduce exposure to dust mites.[4][5] In addition, dust mites thrive when humidity is more than 50%, so a dehumidifier may be useful.[6] Lowering indoor humidity may also prevent the formation of mold, which is another common indoor allergen. It is best to avoid carpet altogether, especially if pets are present. Regarding animal allergies, avoidance is best, but for those who do have an allergy to animals and are exposed, HEPA air filters can be useful especially for cat dander. Furthermore, it is important to not only avoid indoor and outdoor allergens, but also respiratory irritants such as cigarette smoke and perfumes, as well as rapid changes in temperature and air pollution, which increase local inflammation and can aggravate allergic symptoms. 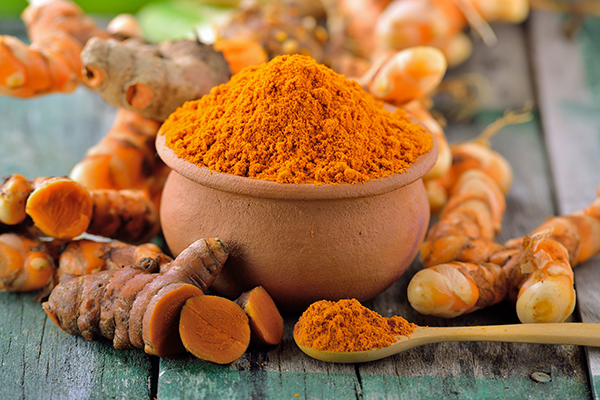 Curcumin is the active ingredient in turmeric, a perennial tuber native to Southeast Asia. It has strong anti-inflammatory effects, comparable to those of hydrocortisone.[7: 371–372] In mice, it has shown benefit in decreasing rhinitis symptoms by decreasing immune mediators such as IgE which also plays a role in human allergic rhinitis. As a result, one study explored the effect of curcumin supplementation to alleviate sneezing, runny nose, and nasal congestion in adults. The study included 241 participants with perennial (aka all-year-long) AR who had positive skin-prick test results to multiple allergens. All participants had experienced symptoms for a minimum of two years, and they were not on any other pharmacological treatments during the study. Half of them received 500 mg of curcumin orally per day, and the other half received placebo treatment. After two months, nasal symptoms (sneezing, runny and itchy nose, obstruction) had significantly decreased in the curcumin group, with no change seen in the placebo group. Symptoms were measured by participants filling out a symptoms-rating scale before and after treatment. Nasal congestion also improved in the curcumin group and not in the placebo group. In addition, those receiving curcumin had decreased levels of IL-⁠4, which mediates the production of IgE and is known to be elevated in individuals with AR symptoms.[8] 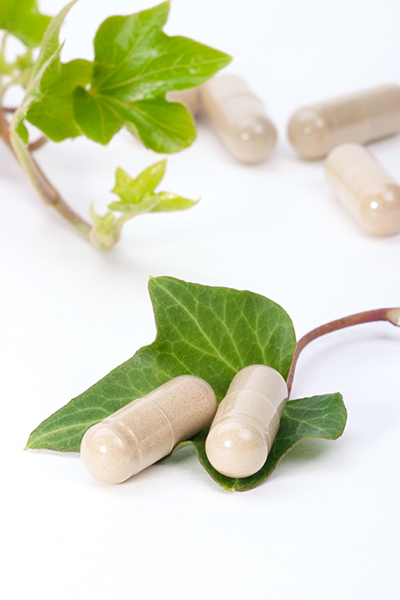 Probiotics refer to live microorganisms that, when introduced to the digestive system, may improve digestion as well as overall health by modulating the immune system. As a result, probiotics may play a role in reducing allergic symptoms. In fact, the effect of the human microbiome on the immune system has been well-studied. Although the evidence for probiotics as a treatment for AR is conflicting, it does show some benefit.

A study demonstrated an improvement in quality of life regarding seasonal allergy symptoms. For the randomized control trial, 173 adults were divided into two groups: The treatment group received one capsule of probiotics containing 1.5 billion CFU two times daily, from March to May (eight weeks), during spring allergy season; the placebo group received the same treatment, with a capsule containing no probiotics. At the end of the eight-week period, the probiotic group reported an improvement in quality of life based on a questionnaire; however, no change in immune markers was seen.[9] This means there was a benefit with probiotic treatment, but the mechanism is unknown.

Another study also found improvement in quality of life for individuals with persistent AR symptoms. The difference in this study was that all participants were also given loratadine, an antihistamine used to treat AR symptoms. The treatment group received one probiotic capsule of 2 billion CFU daily for five weeks during grass-allergy season. Although no changes in rhinitis symptoms (nasal obstruction, sneezing, itchy nose) were seen between groups, itchy eyes did improve.[10] In a third study, 27 adults with known grass allergy were given a specific strain of probiotic, Bidifidobacterium lactis NCC2818, 4 billion CFU, daily for eight weeks or placebo. After five weeks of treatment, nasal symptoms were significantly lower in the probiotic group compared to the placebo group. Furthermore, immune markers, usually high with allergic symptoms, were lower in the treatment group, which demonstrates a possible immune-regulatory effect of probiotic supplementation dependant on strain.[11]

Allergic rhinitis can be triggered by several environmental allergens. The main way to prevent symptoms is to avoid exposure to specific allergens; however, general avoidance without knowing the exact allergens is not recommended. To identify allergens, a skin-prick test should be performed by an allergist. If symptoms do arise, OTC medications may be used to control symptoms, but the use of natural interventions—such as curcumin and probiotics—may also help reduce nasal and eye symptoms as well as improve quality of life during allergy season. Larger studies are needed to confirm the efficiency of these supplements, in addition to appropriate dosage and duration of treatment for the prevention of AR symptoms.