Mushrooms have been used medicinally for thousands of years, mainly due to the beneficial effects they confer on the immune system, nervous system, liver, and kidneys. Throughout China and Japan, mushrooms have long been a part of medicine, especially used as a tonic to support overall health. In recent years, medicinal mushrooms have gained popularity and are found as food, supplements, and beverages like tea and coffee.

The following is a list of five different medicinal mushrooms that have been used for hundreds of years to support health.

Chaga: A Mushroom for the Immune System

Chaga (Inonotus obliquus) has been used for its antioxidant, antitumour, and antiviral properties.

In the past few years, emerging research has shown chaga to reduce DNA damage due to inflammation in patients suffering from irritable bowel syndrome, decrease tumour size and metastasis in mice model lung carcinoma, protect the liver and decrease elevated liver enzymes, and protect from infection caused by the herpes simplex virus 1.

A word of caution about chaga mushrooms: There was one report of kidney issues due to high oxalate levels in the extract this person was taking and/or other confounding variables in their situation. The extraction methods can vary from company to company, and its important to consult with a health-care practitioner before taking mushrooms.

So, chaga may be helpful for those who are prone to HSV 1 infections, to support the immune system, and for those whose liver may need support due to inflammation in the body.

Cordyceps: A Mushroom for Your Lungs and Everything Else

Cordyceps sinensis, which is not taxonomically a mushroom, has been traditionally used as a panacea tonic—to improve energy, endurance, appetite, libido, and sleeping patterns. It supports the immune system, kidneys, and liver; and it has strong antioxidant and antitumour properties.

In China, research has shown that cordyceps decreases asthma symptoms and inflammation while improving lung function and quality of life in patients suffering from moderate to severe asthma. In animal models, it has preserved pancreas cells in diabetics in addition to protecting the kidneys and liver, limited the amount of brain damage experienced after a stroke, and has been used as a treatment for tuberculosis in addition to conventional treatments.

So, cordyceps may be helpful for people with kidney disease, for those who have suffered or are at higher risk for hypoxia (altitude sickness, strokes, heart attack), and as a tonic for those who are suffering from chronic fatigue.

Coriolus: A Mushroom for the Immune System and Cancer

Coriolus versicolor, known as yun zhi in China, like the other mushrooms discussed, has immune-boosting, antioxidant, and antitumour effects. It is approved in China and Japan for cancer patients as an adjunct to chemotherapy and/or radiation.

Studies on this mushroom have corroborated antitumour effects in the lab against esophageal cancer and leukaemia; the compound largely responsible for this property is a polysaccharopeptide that activates immune cells and enhances the communication between them. Other research is being conducted on its antibacterial effects against bacteria such as Staphylococcus aureus and Salmonella enteritidis, its suppression of irritable bowel disease, and its role as an antioxidant and anti-inflammatory in the nervous system.

So, coriolus may be helpful as a supportive therapy for those undergoing certain types of cancer treatments and/or antimicrobial regimens, for irritable bowel disease, and as general immune support.

Lion’s Mane: A Mushroom for Your Nerves, Digestion, and Immunity 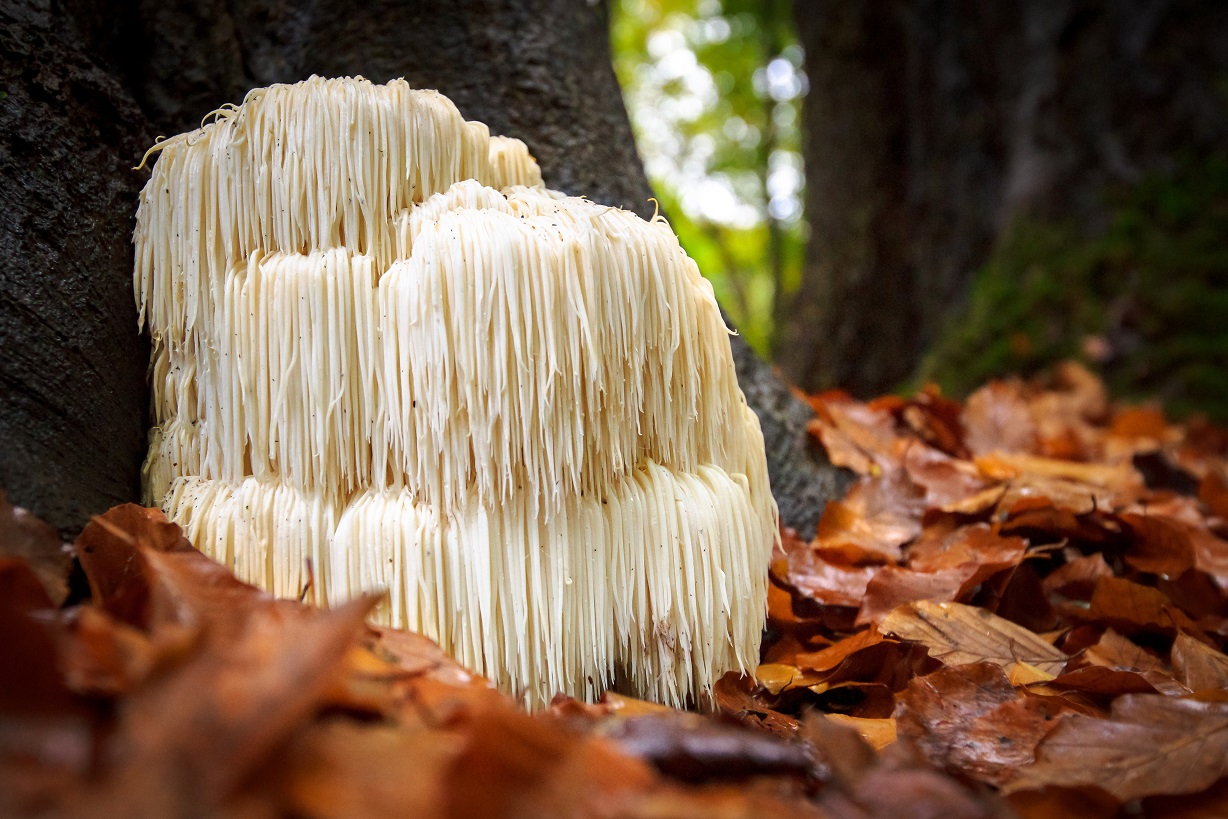 Lion’s mane (Hericium erinaceus) has traditionally been used to treat inflammation in the gut such as gastritis and ulcers, for its antitumour properties,
as well as for its protective effect on the nervous system. Its traditional uses are
now being corroborated by research in animal models: It contains extremely strong antioxidants, strengthens our immunity, has a protective effect on our gut lining, decreases the production of inflammatory markers in mice models of inflammatory bowel disease, can reduce lipid levels and induce weight loss after menopause, can decrease cholesterol and triglyceride levels in the blood, and protects the liver and enhances its role of detoxifying the body.

In the realm of the nervous system, lion’s mane has been shown to have neuroprotective effects for treating and preventing Alzheimer’s disease as well as Parkinson’s disease. In fact, it has recently been shown to improve recognition memory in normal animal models, as well as decrease the amount of time it took Alzheimer’s mice to fall asleep at night.

So, this mushroom may be helpful for those who have inflammation in their gut (IBD, gastritis, ulcers), for those suffering from Alzheimer’s and Parkinson’s, and for those who want some liver and immune support.

Reishi: A Mushroom for the Liver and Cancer

Reishi (Ganoderma lucidum) has been used traditionally for its antitumour and antioxidant properties. In Japan, it has been used as a liver tonic and for a healthy stress response.

Reishi has been shown to decrease tumour markers associated with a few different cancer cell lines such as melanoma, breast, colorectal, prostate, and nasopharyngeal. Human studies have shown it to protect our nervous systems from the effects of stress, decrease inflammatory markers in the nervous system in Parkinson’s disease, reverse a mildly fatty liver to its normal condition, boost a variety of different immune system cells, and have antidepressant and antianxiety effects.

So, reishi is a mushroom that may be helpful for those who have liver issues, Parkinson’s disease, and prolonged stress with anxiety and/or depression.

From these descriptions, one can gather that medicinal mushrooms have great potential in human health in regard to immunity and inflammation, especially since they can be used quite safely as an adjunct to conventional therapies in most cases. They all seem to confer great benefits to the nervous system and liver, possibly because these are areas of the body that are very easily affected by oxidative stress. However, different solvents extract different compounds in varying amounts from the mushrooms, and hence consulting with a health-care professional before taking any is important. 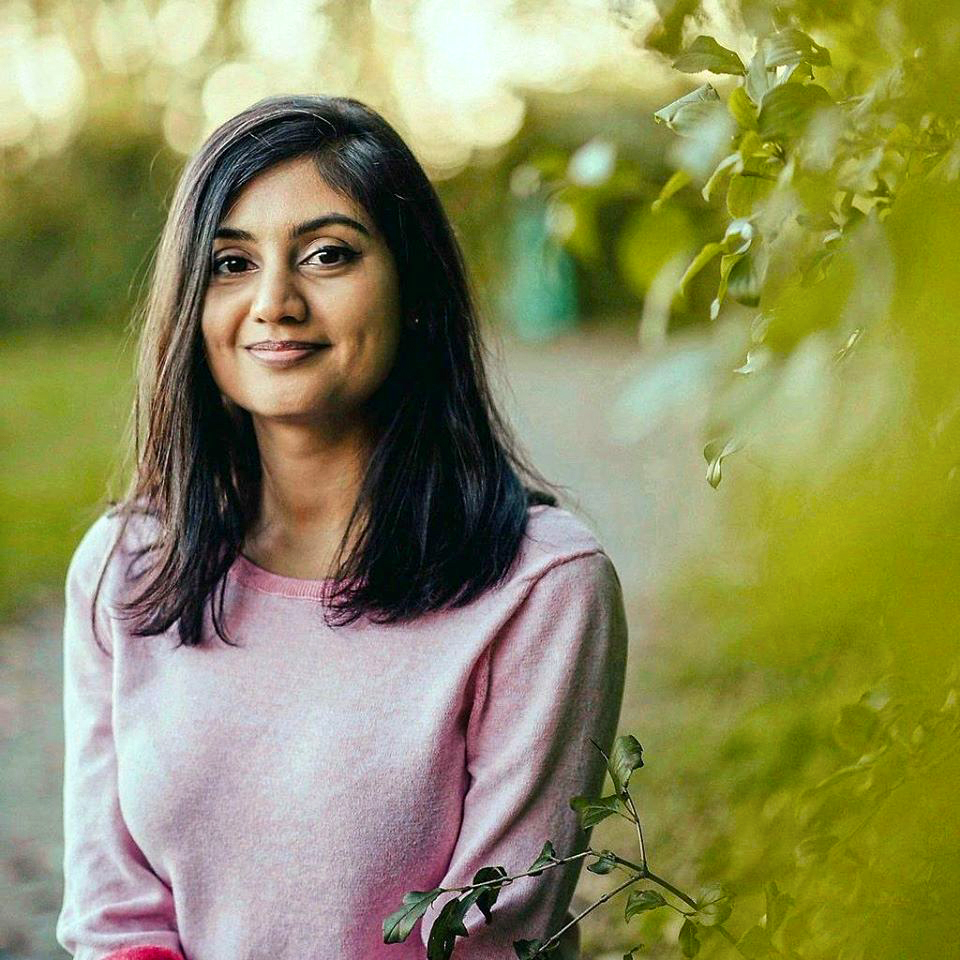 Dr. Anne is passionate about helping people live healthier
and fuller lives, and loves helping women feel strong and
vibrant about their bodies inside and out.

Chaga Tea is made from wild chaga (Inonotus obliquus) mushroom chunks, which are a source of fungal polysaccharides with immunomodulating properties.